So you have a few days in Newport, but you’re trying to avoid the lines and crowds, and so-called “tourist traps.” While we firmly believe it’s hard to go wrong with any local attractions, let us share some of our favorite hidden gems, and where the locals go.

Instead of heading to the first place that catches your eye on the wharf, pop one of these into your GPS…

Wanting to take in some views? Head to the Rooftop at the Brenton Hotel or the Crow’s Nest at Benjamin’s!

Instead of heading to First Beach try…

Instead of the Breaker’s try..

Instead of shopping and walking America’s Cup, check out Bowen’s Wharf and then head down Thames for more small businesses and local shopping.

Instead of a bottomless brunch, try a morning mimosa sail aboard The Aquidneck.

Instead of taking a pedi cab tour around town, travel over to Portmouth Rail Explorers and take in the superb views from a rail bike of your own.

And lastly, so you want to check out the Cliff Walk, but it’s the middle of the afternoon on a Saturday in August and it’s bustling with crowds…head over to Brenton Point State Park on Ocean Drive! Take in the stunning views while you fly a kite or sip on a Del’s Lemonade. The sprawling fields make it the perfect place for a BBQ or impromptu frisbee or ball game. Head back to the Cliff Walk before sunset to take in Newport’s most prized attraction with fewer people, and end your day with a night-cap at the Wharf Pub. You won’t regret it!

Not to say that our suggestions won’t have busy lines and crowds of their own, but we hope this served as an opportunity to get you out and about and off the beaten path when in Newport! 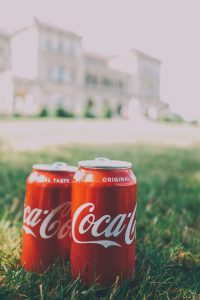